MW&A  provides forensic, forecasting, analysis, auditing and expert witness solutions in the sciences and engineering.  Also because of additional skills and interests: public and private art commissions, including the largest public art project in NM, 1999 Eastern Navajo Community  presented this environmental justice award for my  expert witness work in helping to protect their sole-source water supply from a proposed in situ leachate (ISL) uranium mine which was planned within the same aquifer, only a few thousand feet away.  Up to 15,000 residents in the region make weekly trips (some driving as far as 50 miles) to a handful of water supply wells tapping into the aquifer of concern, for their drinking and washing needs.   Over a semi-decade, I demonstrated the risk that the proposed mine posed to that water resource and successfully sustained my assertions against over half a dozen opposing expert witnesses and the support of lawmakers.  contact:  New Mexico Environmental Law Center, Santa Fe, New Mexico

This effort was paralleled by previous work I conducted for the same indigenous communities, centered around the UNESCO World Heritage Site Chaco Canyon, to prevent the oil and gas industry from continuing their widespread practice of simply pouring their contaminated waste products directly into the ground (thereby contaminating soil and groundwater).  In that case my testimony withstood challenges by several opposing experts from several consulting firms, resulting in regulations that applied additional safeguards to disposal practices within that region.  contact:  Southwest Research and Information Center, Albuquerque, NM

Long Term Hydrological Forecasting of Sante Fe River.   Based on original research, I produced a 5 year advance forecast of Sante Fe River flows for the City of Santa Fe Water Division.   The forecast, 4 years on has been accurate and notably projected an initial multi-year period of increasing moisture, while mainstream climate projections did not.  Updates are provided at this site or contact the division https://www.santafenm.gov/water Wallace, M.G., 2017, Advances in Forecasting Flows of the Animas River and Other Streams in the Western US    2nd Annual Conference on Environmental Conditions of the Animas and San Juan Watersheds with Emphasis on Gold King Mine and Other Mine Waste Issues.  New Mexico Water Resources Research Institute (NMWRRI).  June 20-22, Farmington, NM  Download partial presentation (without animations) Here:  Final

My work on PDO and streamflow correlations in Western U.S.  was cited by the US Dept. of the Interior in the memorandum:  “Final Biological and Conference Opinion for Bureau of Reclamation, Bureau of Indian Affairs, and Non-Federal Water Management and Maintenance Activities on the Middle Rio Grande, New Mexico”  Fish and Wildlife Service https://www.fws.gov/southwest/es/newmexico/  at file https://www.fws.gov/southwest/es/newmexico/documents/BO/2013-0033_MRG_BiOp_Final.pdf

Wallace, M.G., 2016 Private Report on Acid Mine Drainage (AMD) hydrogeology and hydrogeochemistry for the Jurong Rock Cavern Project in Singapore.

Wallace, M.G.  and Wilgus-Hastings, C. 2013, EXPLORATION OF POSSIBLE CORRELATIONS OF THE INTERSTELLAR MEDIUM (IM) OVER TIME WITH THE CARBONIFEROUS-PERMIAN BOUNDARY New Mexico Museum of Natural History and Science, Bulletin 60 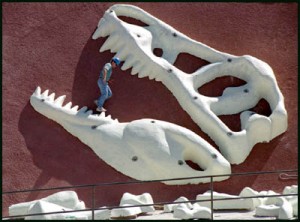 1998  I was the Art Director for the Calabacillas Arroyo project which has won three independent design/engineering awards.

Wallace, M.G., 2016, Solar and Ocean Based Hydrologic Forecasts for the Animas River Leading to the end of 2022.  Presentation at ENVIRONMENTAL CONDITIONS OF THE ANIMAS AND SAN JUAN WATERSHEDS WITH EMPHASIS ON GOLD KING MINE AND OTHER MINE WASTE ISSUES May 17-19, 2016  San Juan College, Farmington, NM Sponsored by the New Mexico Water Resources Research Institute   http://animas.wrri.nmsu.edu/

Expert consultant to U.S. Army Corps of Engineers (Department of Defense), as a review panel member concerning a long-term regional groundwater flow model developed for the City of Gallup, New Mexico.  This is popularly known as the G-22 Experts Panel.  Hearing No. 99-003-OSE File No. G-22  and more.

2017, 2014 MW&A was recognized in appreciation of two presentations on climate, ocean cycles and correlations to the US Southwest hydrology at the New Mexico Mining Association Annual Convention in Albuquerque, and Santa Fe, NM. 2005   Serious Games Award,  I was the principal investigator for this project, ultimately funded by the US DOE to employ a modern day video game engine, coupled with a Latin Hypercube Simulator (LHS) to produce a stochastic set of possible outcomes of scenarios in which volcano-meets-repository, based on the best analyses of an international team of volcanologists, physcists, rock mechanics simulators, and hazard quantification experts.  Many thanks to all who contributed especially Harold Iuzzolino This NMITSA award program was cosponsored by Intel and Los Alamos National Laboratory.

2000  Technology Ventures Corporation, a wholly owned subsidiary of Lockheed Martin, Corp.  awarded my startup company Global Haptics, Inc., a $10,000 Roadrunner Grant for best business plan, which I authored.  The plan concerned a venture based on my patented invention of a tactile computer aided interface device known as an Orb.  Citations to the Orb patents are now present in nearly 70 contemporary patents, including haptic inventions by Microsoft, Sony, Xerox, and Immersion Corp.